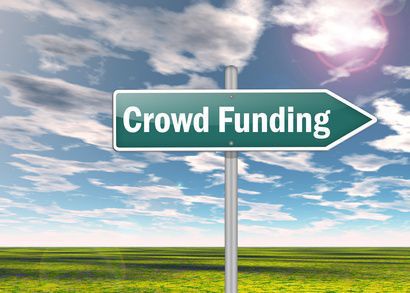 Peterson allegedly told investors he was planning a stock offering that would render profits of up to 1,300% over 10 years by using crowdfunding to raise billions of dollars from the general public.

“The JOBS Act is intended to help small businesses raise capital, not to legalize fraud or give unscrupulous entrepreneurs a right to make false claims to fleece investors,” Michael S. Dicke, associate director in the SEC’s San Francisco regional office, said in a statement.

“I support rules that allow early-stage companies to raise capital more easily,” Mr. Galvin said in a statement. “But I would urge the Securities and Exchange Commission to adopt meaningful and effective 'bad actor' rules that will disqualify securities law violators, brokers with revoked licenses and other fraud operators from using these exemptions from the securities registration requirements.”

Though the JOBS Act was passed in 2012, SEC officials have said it’s impossible to set a date for when rules governing the practice (and crowdfunding) will be ready.

We have "a lot of learning to do,” David Blass, chief counsel for the SEC’s division of trading and markets, told The Business Journals.

In the meantime, let’s hope the commission continues to go after unscrupulous advisers and brokers who use the Act to cheat investors.

About our law firm:

Meyer Wilson represents individuals across the country who have been harmed by investment fraud. All of our cases are handled on a contingency fee basis and we never request a retainer of any kind. Contact us for more information or complete the online form on the top of this page and we will respond promptly.