Earlier this year, Congress gave a green-light to “crowdfunding” – a method of investing which allows small private companies to sell equity to just about anybody over social networks like FaceBook and Twitter. Prior to the legislative change, only “accredited investors” (read: individuals with net worths of at least $1 million, excluding their residences) and the entrepreneur him- or her-self could invest in non-public start-ups.

As I discussed in March, crowdfunding sounds like a good idea in theory. It would allow an entrepreneur’s friends and family to invest in his or 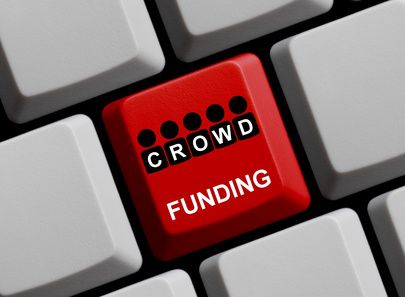 her company, and it would likely unleash a torrent of new money for new ideas, projects, and start-ups. Unfortunately,crowdfunding also endangers investors – a fact many state securities regulators, including Massachusetts Commonwealth Secretary William Galvin, asserted during Congress’ deliberations over the new legislation.

On Dec. 6, Mr. Gavin filed fraud charges against Prodigy Oil and Gas LLC and Synergy Oil LLC, two out-of-state oil and gas companies, for illegal crowdfunding. According to the complaints, Prodigy Oil allegedly employed a cold-caller previously convicted of theft, and sold at least $464,000 in unregistered securities to one Mass. resident. Synergy Oil and two of its executives are accused of selling $35,000 of unregistered securities to two Mass. investors. Mr. Gavin also has claimed that both companies were subject to securities orders in other states that revoked their use of private-placement exemptions.

Though crowdfunding won’t officially be allowed until sometime next year (the SEC hasn’t yet written rules for the practice), that hasn’t stopped a plethora of new “crowdfunding” websites from springing up all over the Internet.

“An analysis of Internet domain names by state and Canadian securities regulators found nearly 8,800 domains with ‘crowdfunding’ in their name as of November 30, 2012, up from less than 900 at the beginning of the year,” wrote the NASAA in a statement as its taskforce monitors for increased signs of crowdsourced investment fraud.

“Of these websites, about 2,000 contained content, more than 3,700 had no content and more than 3,000 appeared to be ‘parked’ and serving as placeholders to reserve a domain name for later use or sale. Of the domains with ‘crowdfunding’ in their name, about 6,800 have appeared since April, 2012 when the JOBS Act [which legalized crowdfunding] was signed into law.”

Based on these numbers, Heath Abshure, NASAA President and Arkansas Securities Commissioner, said, “Investors soon can expect to be inundated with crowdfunding pitches, legitimate or otherwise.”

The explosion of crowdfunding websites on the Internet has many state regulators worried that crowdfunding is a wave “about to overtake the dam,” in the words of Robert Moilanen, Minnesota Securities Director and chair of the North American Securities Administrators Association’s Internet Fraud Investigations Project Group. Mr. Gavin is hoping the two cases filed in Massachusetts will influence the SEC’s final rules over the practice.

“I support rules that allow early-stage companies to raise capital more easily,” Mr. Galvin said in a statement (as quoted by InvestmentNews). “But I would urge the Securities and Exchange Commission to adopt meaningful and effective 'bad actor' rules that will disqualify securities law violators, brokers with revoked licenses and other fraud operators from using these exemptions from the securities registration requirements.”

About our law firm:

Meyer Wilson represents individuals across the country who have been harmed by investment fraud. All of our cases are handled on a contingency fee basis and we never request a retainer of any kind. Contact us for more information or complete the online form on the top of this page and we will respond promptly.